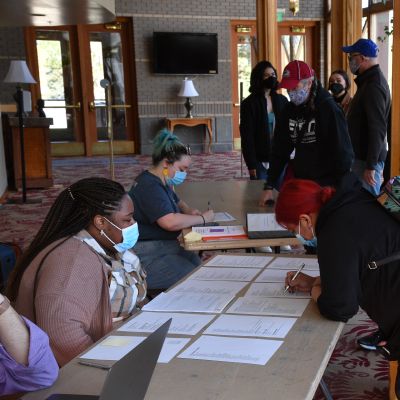 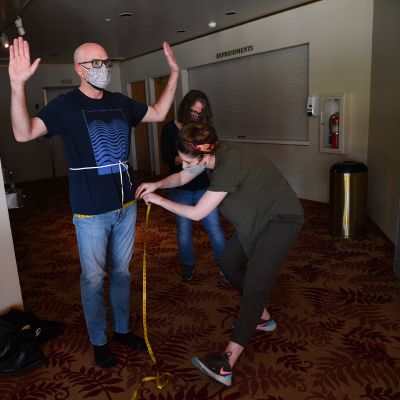 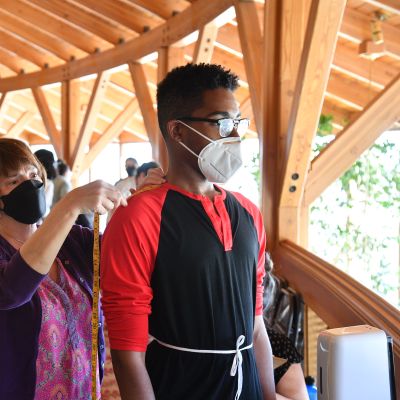 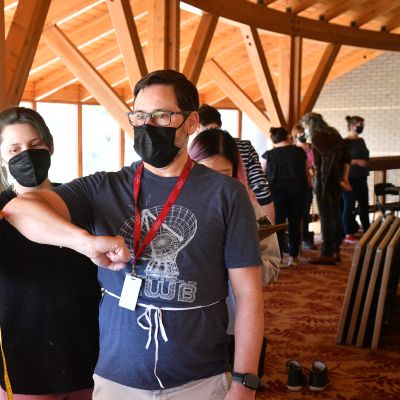 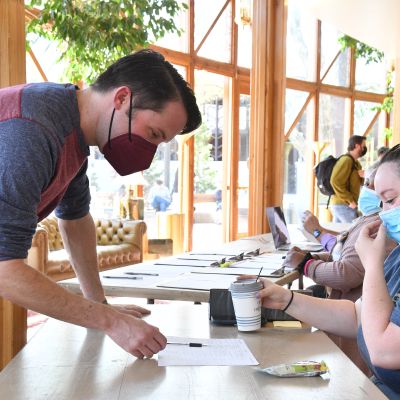 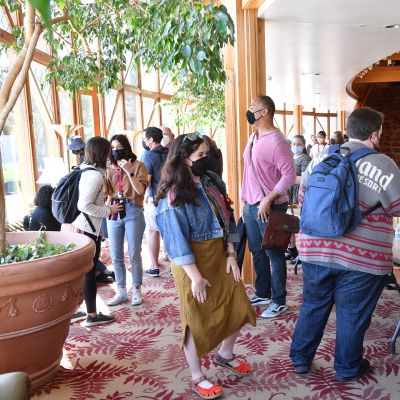 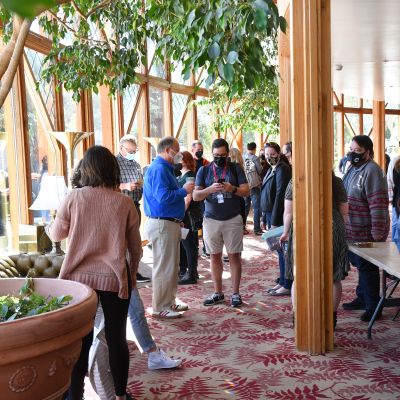 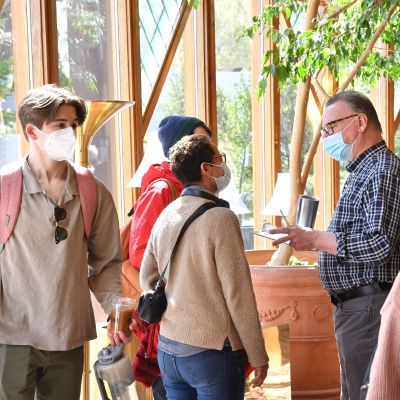 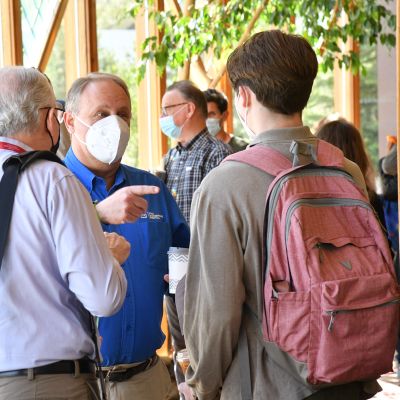 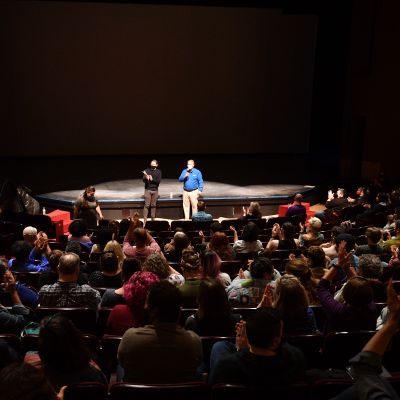 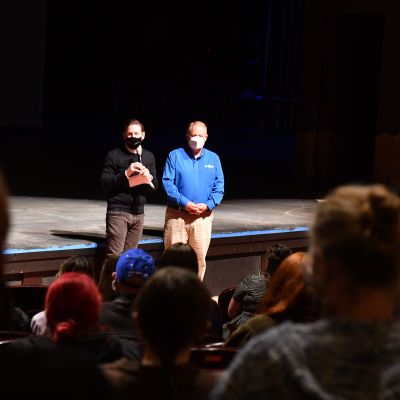 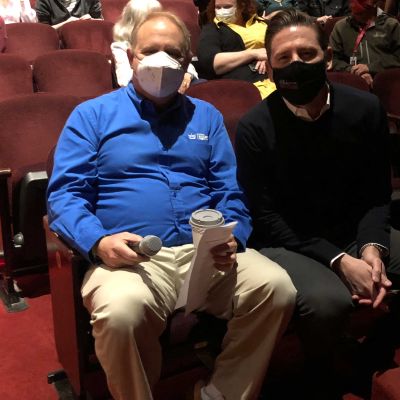 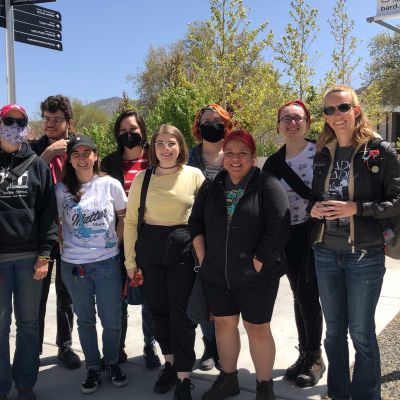 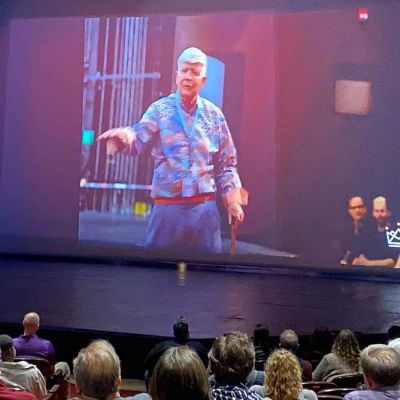 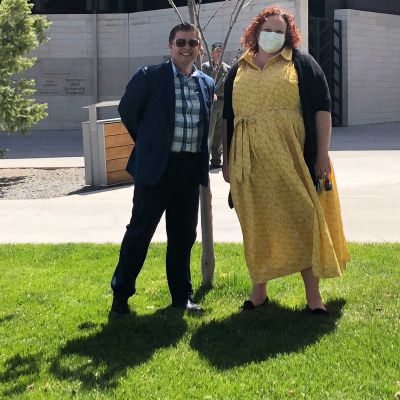 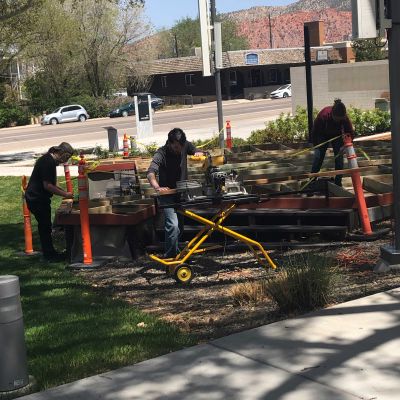 Yesterday was arrival day at the Utah Shakespeare Festival. It was the yearly day of celebration, old and new friendships, anticipation, and palpable excitement. It was the day the bulk of the company members for the 2022 season arrived in Cedar City. Actors, directors, designers, and artists of every kind checked in, attended an opening meeting (which included a video welcome from the Festival’s founder, the late Fred C. Adams), and then went to work.

Join with all of us at the Festival in welcoming this amazing group of people to Cedar City! And click on any of the above photos to see a larger version.

Here’s what some of the company members had to say about the upcoming season:

“The chance to do King Lear is a mountain every classical actor dreams of climbing."
—Anthony Heald (Lear in King Lear and King of France in All’s Well That Ends Well)

“It’s season thirty-one for me. I’m very excited to be doing Sweeney Todd, the first musical outside at the Festival, because I’m a big Sondheim fan."
—Bill Black (costume designer for Sweeney Todd)

“I am excited to be in rehearsal again with other actors and, of course, Sondheim!"
—Lucy Austin (Johanna in Sweeney Todd, Ursula/Ensemble in The Sound of Music; Featured Performer in The Greenshow)

“Playing the role of Maria feels like home, honestly in every way."
—Daria Redus Pilar (Maria in The Sound of Music; Ensemble in Clue)

“It’s my first year being a first hand and I’m so excited to work with these wonderful artists to build King Lear."
—Tanah Hislop (costume first hand for King Lear)

“I’m most excited to play Mr. Green in Clue because he is such a startle-able klutz."
—Michael Doherty (Mr. Green in Clue; Lavatch in All’s Well That Ends Well; Jonas Fogg in Sweeney Todd)

The Play That Goes Wrong

A Raisin in the Sun