Meet Thurgood Marshall: Lawyer. Civil rights activist. The first African American Supreme Court justice. In this acclaimed one-man play, you witness Marshall transform from a young and spirited dissenter to a pensive and wise justice. From his early days as a civil rights lawyer to his years on the highest court in the land, Thurgood Marshall stood for justice while lifting the standing of his race, and of all Americans.

The lighting designer is represented by the United Scenic Artists, Local USA 829 of the IATSE. 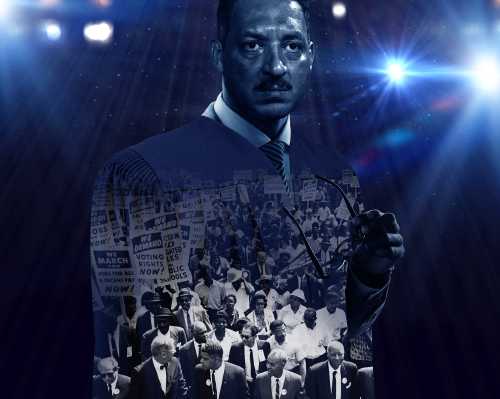 Thurgood contains some racial slurs and discussion of violence and a small amount of adult language; however, it is suitable for all audiences.