Music and Lyrics by Stephen Sondheim

From an Adaption by Christopher Bond

This wickedly funny musical (winner of eight Tony Awards) has been delighting and terrifying audiences for over four decades. It is the dark tale of Sweeney Todd who returns to London and seeks revenge against the dastardly judge who ravaged his wife, stole his daughter, and sentenced him to exile. His thirst for blood soon causes the bodies to pile up—just in time for his neighbor to find the perfect to ingredient for her meat pies.

There will be one intermission.

Understudies never substitute for listed players unless an announcement is made prior to the performance. 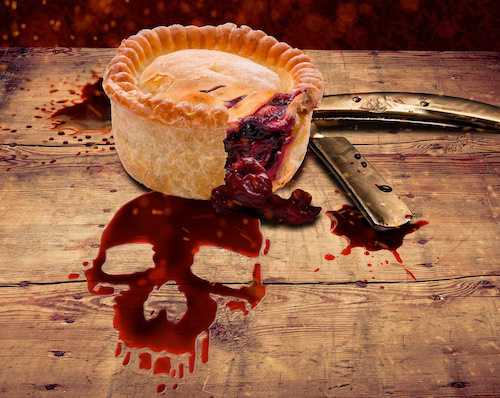 Sweeney Todd contains theatrical depictions of violence, death, physical abuse, and sexual assault. But it’s also incredibly funny. It may not be suitable for preteens.